A new report from Redfin suggests the long-running and brutally competitive housing market may be getting slightly less tough, though agents in the trenches say their buyers are still facing an uphill battle to actually win a house.

Which is to say, March was just slightly less competitive for housing than February. 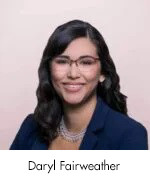 some buyers to back out of the market.”

Daryl Fairweather, Redfin’s chief economist, added in the report that “most homebuyers are still encountering bidding wars,” though conditions could ease “in the coming months as rising mortgage rates price more buyers out of the market.” She added that while these changing conditions won’t be much help for consumers who have already been priced out, it “should provide some relief for people who can still afford to buy, as they’ll likely face fewer competing offers and may no longer need to offer drastically over the asking price in order to win.”

In a conventional market, bidding wars aren’t necessarily a bad thing; they indicate strong demand for housing and a willingness among buyers to compete for their dream homes. But in recent conversations with Inman, some agents have leaned more toward frustration than jubilation. That was on display last week at Inman Connect in New York City, where a number of agents privately mentioned to Inman that they are utterly exhausted by constantly writing offers for months and losing again and again.

The emotional and financial burdens of the competitive market have also been a perennial topic of discussion this spring in online agent forums. In the popular Lab Coat Agents Facebook group, for example, one member lamented that “writing offers has been exhausting lately.” The comment garnered dozens of responses.

“It is so sad for buyers,” one agent said, before mentioning being dropped recently by a frustrated client.

“I’m spending about $100/wk on gas showing property to buyers only to have their offers rejected (and thats in my 40mpg car!),” another replied. “I used to [love] the driving, found it peaceful. Now I hate getting in the car.”

“We all feel your pain. It’s not fun. Keep positive and determined,” yet a third urged.

In a conversation with Inman Monday, Ryan Garson — a Manhattan-based Compass agent and the founder of real estate social media company Very Social — described the market as “super competitive” and said that “it hasn’t really slowed down too much.”

“The buyer demand is still there,” he added.

Garson also speculated that the current mortgage situation may actually be driving more people into the market, rather than cooling things off; with more rate hikes expected this year, consumers appear to be racing into the market before the cost of borrowing money goes up.

“It’s definitely a conversation,” Garson added of rate hikes, “but I don’t think it’s stopped anybody from acting.”

Angela Morsa, a Compass agent based in the Philadelphia area, similarly said she hasn’t seen a shift when it comes to buyer competition and that conditions are essentially the same as they were a year ago.

“We’re not seeing any difference,” she told Inman.

Morsa went on to say that there are only five homes currently for sale in her specific township, and that the percentage of homes that sold last month in her entire county is down 60 percent compared to last year. Morsa focuses primarily on the Philadelphia suburbs, and she said that conditions are somewhat less intense in the city proper. But her point was that she is yet to experience a turn toward a less competitive homebuying environment.

Redfin’s report also suggests that such intense competition is also reorienting consumer preferences: Townhouses are the likeliest properties to experience bidding wars because consumers have “been priced out of the market for single-family homes.”

Tiffany McQuaid, founder of McQuaid and Company in Naples, Florida, has witnessed something along those lines, telling Inman that competition in her market is “becoming segregated in terms of pricing.”

“Below $500,000, that’s still seeing multiple offers and it’s very competitive,” she explained. “At the higher price points, it’s not as much as what it was.”

McQuaid added that for buyers at the upper end of the spectrum, the current struggle is finding a home that buyers actually like. Once they find that house, though, “it has been a lot easier to zero in and win the property.”

Redfin’s report further suggests that any cooling right now is happening at different rates in different communities. The most competitive markets in the country in March were San Jose, California, Boston, Massachusetts, and Providence, Rhode Island. In San Jose and Boston, 79.8 and 79 percent of Redfin agents’ offers faced competition in March — which for both cities is a higher percentage than both one month and one year prior.

The report did hint, however, that there are hints that demand in competitive coastal markets could cool off somewhat.

“Fewer buyers have requested service from Redfin agents in San Francisco, Los Angeles, Washington, D.C., Boston, and Seattle at the beginning of this year compared to the same time last year,” the report noted. “Meanwhile, the number of buyers requesting our agents’ services nationwide has increased by double digits.”

The least competitive market included in the report was Riverside, California, where only 53.9 percent of offers in March faced a bidding war. That’s down from 63.7 percent in February and 64.5 percent in March of 2021.

Beyond changing consumer preferences and a sense of exhaustion, agents looking at market data right now and hoping for relief may find a mixed bag. A report out last week from the National Association of Realtors pointed to rising rates and suggested that buyer demand was beginning to stall. On the other hand, despite any slowing in the market prices have continued to rise at their fastest clip since 2013 — suggesting the market’s upward trajectory isn’t done yet.

All of this has contributed to what Garson described as a “sense of urgency” in the market right now. And he urged interested buyers who are about to take the plunge to be aware of the need to do things such as waive contingencies.

“I just think,” he concluded, “that you have to be really strategic right now.”

Get interesting real estate news and local market reports delivered to your inbox. It's easy!

Create your Free Property Manager account now! Easily save searches and the properties you are most interested in. You will receive automatic email alerts as new properties that meet your criteria enter the market. Also, when there is a price change, you will be among the first to know!
Click Here To Get Started

Considering a Realtor to market and negotiate the sale of your property? We specialize in Fort Myers, FL real estate. We would appreciate the opportunity to meet with you personally and discuss the techniques we use to market your property to potential buyers and share with you our background. If you would like an idea of the current market price for your property, please fill out our simple Home Valuation form and we will reach out to you with information about pricing your home to sell.
Click Here To Get Started

Check out the latest open houses in the area!
Click Here To See Open Houses